Tactics of Marxist Revolution—Then and Now

In the spring of 1964, I was a sophomore in high school in Athens, Greece. My father was a high government official and had raised me to be aware of the dangers from communism and socialism. One day, my brother and I were being driven in my father’s Cadillac on the way to an appointment. My father’s chauffeur was a policeman, dressed in civilian clothes, and he was driving the car.

As we were passing the old Olympic stadium of Athens, we were suddenly surrounded by dozens of young men who appeared out of nowhere. They came from behind the bushes, trees, and a couple of fence walls where they had been hiding. They stormed my father’s car which to them was a symbol of the capitalism they hated.

My father’s driver slowed down the car to a full stop, not wanting to hit anybody.  This was a lynch mob. It was an experience that made us feel helpless and terrified. Young men in their 20s and 30s, with faces twisted in anger, were pounding on the windows of the car, hurling foul language at us as they grew more aggressive by the minute.

“Bringing terror and anarchy to the streets of the cities that Marxists want to overtake is a well-known and time-tested tactic that has been used to foment revolution before.”

My brother and I and my father’s driver were like trapped mice in the car. Eventually one of their leaders, who always seemed to stand one or two men behind the front line, gave the order that they should try to turn our car over. They rushed to the right side of the Cadillac and in unison tried to flip it over. Fortunately, this was a 1950s model with lots of steel weighing about 6,000 pounds.  They were not able to topple the car and eventually gave up and walked away.

Later, we found out that they belonged to a communist/socialist organization called the Lambrakis Youth. In subsequent months, the organization went on to burn and loot shops in the downtown center of Athens, attacking the tourist industry of Greece which is necessary for its financial survival. They entered hotels and vandalized the lobbies and sought to terrorize anybody walking on the streets or driving in their car who appeared to be a “capitalist.”

Echoes of “Antifa” and BLM

Bringing terror and anarchy to the streets of the cities that Marxists want to overtake is a well-known and time-tested tactic that has been used to foment revolution before. This is why I am seeing uncanny parallels between what I saw in Greece and what is happening in the United States. If anyone wants to dive deeper into the well-established history of this tactic, I recommend the authoritative book on the Bolshevik Revolution in Russia by Dr. Richard Pipes of Harvard University entitled The Russian Revolution. This source chronicles the terror tactics that Lenin used on the streets of St. Petersburg in October 1917 in order to seize power. It carries some unfortunate parallels for what is happening in the United States today.

Now, let’s look deeper at the official Black Lives Matter (BLM) organization to examine the facts.  First, one of the three founders of BLM, Patrice Cullors, has openly admitted in interviews that she and the other two cofounders are trained Marxists.  Cullors’ previous statements, in which she proudly admits being a “trained Marxist,” are readily available. Broadcaster Abraham Hamilton has frequently explored this troubling background in-depth on his program, The Hamilton Corner.  As if embracing Marxism was not enough, the BLM leadership has also rejected our Judeo-Christian foundation and embraced necromancy and witchcraft instead. In other words, the founders of the BLM organization have engaged both political ideas that create chaos and darkness as well as spiritual darkness itself.

I am sure that there are protesters in the BLM demonstrations who have sincere motivations, but many of them may be unaware of the true roots of the BLM organization. Sadly, these useful pawns are just co-opted and preempted by the leaders of the movement. Casual followers are radicalized and trained to be provocateurs at each demonstration, as leaders seek to create violent confrontations with increasing chaos and actively promoting anarchy. As I have learned in the past, anarchy and chaos are the biggest allies of Marxists when they are trying to take over a city or a country. If we would simply read our history, we would see what is happening clearly.

The Aftermath of the Lambrakis Youth Movement in Greece

Now let me return to the aftermath of what happened in Greece. Three years later, in 1967, the bulk of the population—as well as the security forces—could no longer tolerate the continuing unrest. This led to a military coup led by right-wing colonels. Those of us who were Democrats, albeit from the right wing of the political spectrum, were opposed to that coup. However, it was brought on by leftist violence in the streets.

After seven years of a military junta, the country returned to democracy, but control was seized by the left and the ultra left. In 1981, the socialist party, led by Andreas Papandreou, was elected to govern. Papandreou, a trained socialist himself, then allowed a violent terrorist organization called “17 November” to ruthlessly assassinate representatives of capitalist countries, including the CIA chief in Athens. Throughout his time in government, it was seemingly impossible for the police and the security forces to find and put down the terrorists of “17 November.” They assassinated more than 20 important political figures in broad daylight.

Meanwhile, under socialist rule, the country went from a very healthy economy in 1981 to complete bankruptcy in October 2010.  This economic catastrophe demonstrates the “wonders of socialism.”

What Can be Done in the United States?

It would definitely not be a good thing for some kind of right wing coup to take place in the United States. However, if Marxist attempts to foment chaos and anarchy continue to grow, it will inevitably bring a strong reaction, just as it did in Greece.

The immediate solution is to rigorously impose our laws, prosecute these terrorists that we increasingly see on the streets of American cities, and put them away in jail for as long as possible.

But to prosecute, we need a department of justice that will finally begin to look into who is financing the activities of these people, paying for their airfare to travel from one city to another to join yet another “peaceful demonstration,” paying for their hotel rooms, and giving them spending money.  Whoever is financing these hoodlums and terrorists must be prosecuted as an accessory to the crimes that they commit. Only then can we begin to turn the tide and bolster the freedom, justice, and prosperity we need to remain strong as a nation. 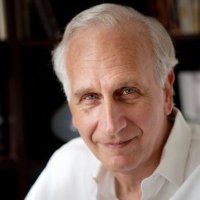 Nicholas Papanicolaou is a co-Founder and Co-Chairman of the World Public Forum “Dialogue of Civilizations.” The WPF brings together each year on the island of Rhodes, Greece some 700 important officials and representatives from more than sixty countries for four days of open and frank deliberations on cross-religious and cross-cultural issues.