The Constitution of the United States is the supreme law of the United States. Its interpretation is not evolving and changing, as some would like people to believe. The Founding Fathers, intentional in its formation, made it absolutely clear that power originates from the people. It is simply given to those in governing positions.

The president, legislatures, and judges work for and are accountable to the American citizenry. If “we the people” do not pay attention and hold them accountable for the rules and judgements they implement, over time they will go rogue. There is only one exception, and that is if the “vested” ones are guided by morals, have respect for God, and value the truth that all, including those still in the womb, are created equal.

The fundamental purposes of the Constitution were clear in the Preamble, “We the People of the United States, in Order to form a more perfect Union, establish Justice, insure domestic Tranquility, provide for the common defense, promote the general Welfare, and secure the Blessings of Liberty to ourselves and our Posterity, do ordain and establish this Constitution for the United States of America.”

Article I, Section 1 of the Constitution states, “All legislative Powers herein granted shall be vested in a Congress of the United States…” The term vested means to give power to someone. If you give someone power to represent you, don’t you want to know where they stand on subjects that are important to you? The church’s voice is lacking in government because it has been silent in political affairs and has not paid attention to those who represented its voice.

The earthly powers of government in the U.S. are separated into three individual parts called the judicial, legislative, and executive branches. Each was to have a unique function, and they together formed a balance to ensure the will of the people would be honored. This is called “separation of powers.” This separation was based on the biblical truth that, without God, the heart of man is corrupt. “The heart is more deceitful than all else” (see Jeremiah 17:9 NASB 1995).

The judicial branch carries the least authority, and the design was for judges to judge—not legislate. The judicial branch exists to judge cases based on the laws already in place by constitutional process. They have the power to condemn or release, not legislate. Why have judges overstepped the only power given to them, which is judicial? The American people have fallen for this deception.

One case that easily illustrates this is the 1973 Roe vs. Wade ruling by the U.S. Supreme Court, which made abortion a constitutional right for women yet failed to address the rights of aborted babies. This unconstitutional legislation usurped existing state laws and legalized abortion at the national level. The ruling set in motion a modern-day holocaust during which over 63 million babies have been murdered.

The greatest piece of legislation, designed to dismantle the unconstitutional ruling, is the Heartbeat Bill first introduced to the Ohio State Legislatures by Faith2Action founder Janet Porter. The most recently passed form of the Bill, the “Texas Heartbeat Bill,” HB 1500, has caused the flood of horrific, bloody abortions to recede. Roe vs. Wade is just one of the many examples in which presumed authority attempted to usurp true authority, and it appeared successful only for a season.

There is a war going on that is most deadly. Our Constitution is being burned by those who want to destroy America and the freedom she represents to the rest of the world. What is happening now must be halted, and we must return to the original design of the Constitution. More importantly, we must return to God.

The Founding Fathers of this great nation came out of a tyrannical government, and they understood that without “divine providence” they would not be free, nor would any of the following generations. Their reliance was on God, but they had to utilize their voices, gifts, and talents to fight tyranny. This is where we are today. Individuals must take a stand in their communities, their spheres of influence, to stop the flood of deception. You can stand against the flood with your voice, but your voice must trumpet clear, concise truth. Truth matters!

How is it that the original intent of the Founding Fathers is being usurped, not by the will of the people but by the deception of the elite? One reason is the people have forgotten—or perhaps never understood—the founding of America, how freedom was obtained, and how freedom is maintained. The government has become the know-all, provide-all, end-all for them, instead of the one true God. Our Founding Fathers honored and incorporated biblical truths into the founding of America’s Constitution, the supreme law of the land, under one King, Jesus. Let us return to the Lord. 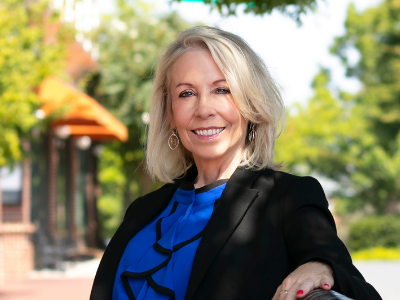 Victoria manages MSJ-Newsroom and is administrator for The Oak Initiative. She is a graduate of Morningstar College of Leadership and Primus University of Theology. Her professional career was in Banking, and she is licensed in North and South Carolina to practice Real Estate.