In this follow-up analysis of the 2022 mid-term elections, Rick Joyner explores the systemic and global consequences of the mid-term election results and offers hope for reforming our nation.

Scroll down to read Rick’s prophetic analysis of the 2022 mid-term elections.

In this hope-filled analysis of the 2022 mid-term elections, Rick Joyner shares the profound lessons we can learn for advancing the Kingdom at a time when everything is being shaken.

Scroll down to read Rick’s prophetic analysis of the 2022 mid-term elections. 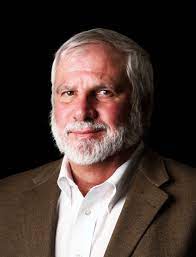 Listen to this message and find other great content on the MSJN podcast channel! Click the icon to visit the MSJN Apple podcasts channel. Also available on Spotify and other providers. 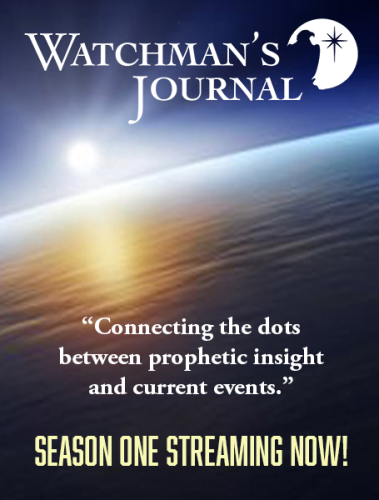 The Message of the Mid-Terms

I am writing this the day after the midterm election in America. What was expected to be a decisive Republican wave due to rising alarm over the policies and incompetence of the Biden Administration turned out to be little more than a ripple. It has left nearly everyone scratching their heads to figure out what this means as both parties claim victory. It really was no more than a shallow win for either side, though both sides are claiming big wins. Still, the message of this election cycle is clear, and we all need to “get it.”

That there is no clear message or decisive victory for either side is the crucial message. This falls very much in line with the message revealed by Marc Nuttle’s study of America which we have begun to cover in a series of MorningStar Journal News interviews with Marc. Our nation has been turning decisively more conservative in every important way, especially in traditional, moral, and cultural values, but has not turned to the Republican Party. Why?

Though the Democratic Party has lost the trust of most of the American people, the Republican Party has not gained it. As Marc’s study of America clearly revealed, the American people have lost trust and respect in not only both political parties, but also in virtually every institution, including the institutional church. The simple reason is these institutions have not been trustworthy enough to earn that trust.

Why did the Republican message not resonate more when people are more fed up with their government and with Biden’s policies than they have been for half a century? The Republican message to stop the Biden agenda and fix the economy has been hardly inspiring, since it has been heard many times before with very little action. The exception to this has been President Donald Trump, who may have accomplished more of what he promised than any president in our lifetime but had to fight the Republican establishment nearly as much as the Democrats to do it.

One enlightening factor revealed in Marc’s study was that, if a person agrees with the policies of one party over another, yet the candidate of the other party seems more honest, trustworthy, and less self-serving, that person will vote for that candidate. This only happens when the breach of trust is deep. Despite the cliché that “time will heal wounds,” time will not heal wounds but only make them worse if they are not properly cleaned, dressed, and closed. A wound from someone we trust is deeper than a wound from someone we do not like but is at least honest about it.

Marc’s study revealed how fed up people are with the Democrats, their policies, and authoritarian methods. They know they lie and are hypocrites. At the same time, Republicans claim to believe all the right things but do not stand up for what they believe, or do what they say they will do, and are therefore considered more hypocritical and less trustworthy.

Another charge increasingly brought against Republicans is that they are “mealy-mouthed” in response to the extreme messages and actions coming from the Left. For example, when the Left claims, “all Republicans are racists and are seeking to destroy democracy,” a typical mild, cautious Republican response is, “I’m a little surprised to hear them say such things.” Whether or not this lacks clarity and courage, it certainly comes across that way.

This response to the shrill, hysterical madness coming from the Left has allowed the release of chaos and lawlessness in our land yet requires some of the greatest boldness and clarity from our leaders since the American Civil War. People need to hear courage and sensible outrage from our leaders at what is being done to our country instead of weak, tepid, uninspiring, milquetoast responses upon which the Left continues to steamroll.

Some notable exceptions to this, among conservatives, won big last night. Florida’s Governor Ron DeSantis is the most obvious. His message has been clear and his actions bold. That is the kind of courage and leadership our country and world need from America right now. DeSantis’ leadership has turned Florida from a blue-leaning state to a solidly red state. He also now carries big political coattails which have helped others win election victories.

These elections could still end up giving both houses of Congress to the Republicans. However, history has taught us that stranger things have happened when the vote counts were not decided on election night. This has become increasingly dangerous, is causing increasing outrage, and is decreasing trust in our system of government and election integrity. The strength of our Republic depends on that trust.

Consider that the financial markets can count nearly a billion transactions daily and get them right to the penny and settled within minutes of closing the exchanges, yet the most powerful nation in the world cannot accurately count the most important transactions of all, our votes, to the point that few on either side trust them. This should not be.

Of course, the cheaters do not want this fixed. We must ask why voter I.D.—the single-most important factor for election integrity and required by virtually every other democratic country and international body to certify an election—is fought so hard by the Democratic Party. Every democratic nation in Africa requires voter I.D., yet the Left claims this is a racist tool to deny minorities the right to vote in an advanced country like America. In this, they make insulting and racist comments saying minorities in America are so primitive they cannot get an I.D., yet must have one to purchase cigarettes or alcohol, open a bank account, board a plane, or do just about anything else.

There is much more that can and will be said to try and make sense out of the midterm election message. There are reasons to be encouraged, and even more reasons to be concerned. Regardless, we must not and ought not lose hope if we keep our hope in the right place. The fact that there has been such a vacuum of leadership, wisdom, and courage that the world is becoming increasingly desirous of courage, character, and clarity in leadership is a good thing for those who have it.

The most in-depth study of the heart of America perhaps ever made is the one I have referenced by our friend Marc Nuttle with George Barna’s team. Its findings give us many reasons to be encouraged about the heart of the American people. This study also revealed an ever-widening disconnect between our nation’s leaders and its people. This vacuum will be filled. Most encouragingly, the people, who are the sovereign in our Republic, are becoming increasingly devoted to a strong moral compass and are now more resolved to take back authority over the government and restore it to one that is of, for, and by the people.

In summary, this midterm election may have been just enough to slow our country’s slide into chaos and lawlessness and keep us from a complete meltdown a while longer. This may give us the time to fix the trainwreck our government has become and get it back on track. Will we take advantage of this? We begin by acknowledging, as the Scriptures verify, that good leaders come from the Lord, and bad leaders come when we turn from Him.

There is now verifiable evidence that the American people have been turning back to the Lord and His ways, even though our media and government would have us think otherwise. All we lack to mobilize for this transformation we so desperately need is a clear trumpet call from a courageous leader with character and resolve. We must appeal to heaven for this.